Originally, in ancient Egypt, Greece, and Rome, the balls were probably made of stone. 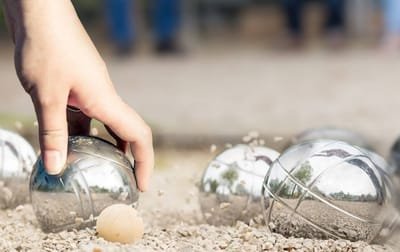 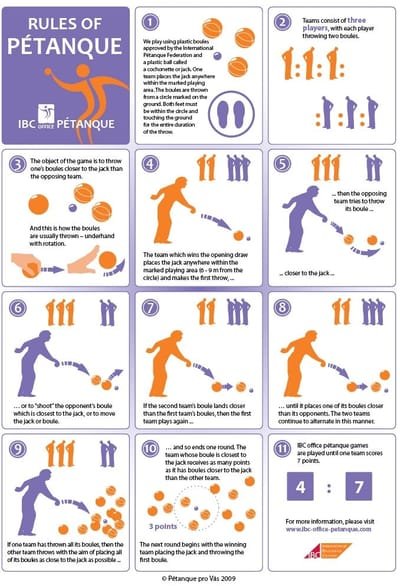 Petanque rules of the game 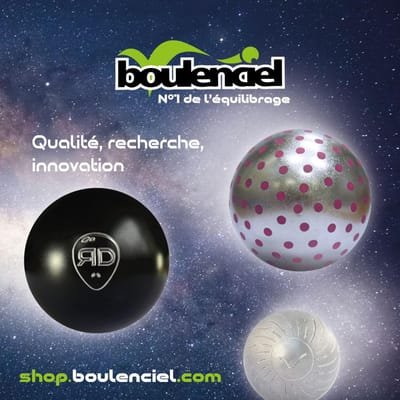 Competition jacks and boules must have secured confirmation by the F.I.P.J.P. that they comply exactly with the relevant specification. 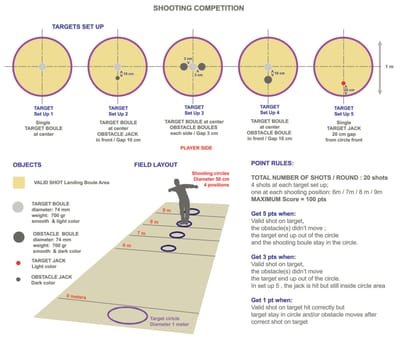 The competition is a combined event (like a decathlon) with five different individual events (ateliers). The competitors throw at targets located inside a target circle (cible) that is one meter in diameter. In each atelier competitors throw four boules— one boule from each of four distances— 6, 7, 8, and 9 meters. 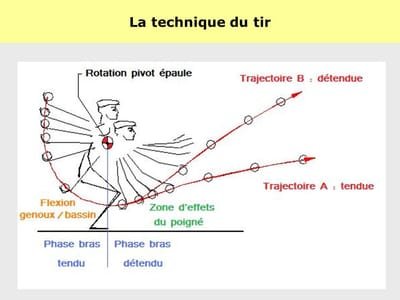 In French ‘tirer’ has two meanings: to pull and to shoot. Why to shoot? It comes from to pull the trigger of a rifle. And that’s shooting! In Dutch ‘to pull’ is ‘trekken’. And ‘to shoot’ is ‘schieten’. But the Flemish petanque players follow the French meaning of ‘tirer’ and they say ‘trekken’ if they want to shoot a boule. In The Netherlands we don’t say that, we say always ‘schieten’. Or, sometimes, a Dutch kind of corruption of the French ‘tirer’: ‘tireren’.