In Pétanque the objective is to score points by having boules closer to the target than your opponent after all boules have been thrown. This is achieved by projecting boules closer to the small target ball, called a cochonnet,or by hitting the opponents’ boules away from the target, while standing inside a circle with both feet on the ground. The game is normally and best played on hard dirt or gravel. It can be played in public areas in parks, or in dedicated facilities called boulodromes. There is a wide variation in the size and materials of the balls used in boules-type games.

Originally, in ancient Egypt, Greece, and Rome, the balls were probably made of stone. Gallic tribes, which were introduced to boules by the Romans, used wooden boules. In the 1800s in France, boules were typically made of a very hard wood, boxwood root. In the mid-1800s techniques were developed for the mass production of iron nails. Following this technological improvement, boxwood balls studded with nails (boules cloutées) were introduced in an effort to improve the durability of the balls. This eventually led to the development of balls that were completely covered in nails, creating a ball that appeared almost to be made of metal. 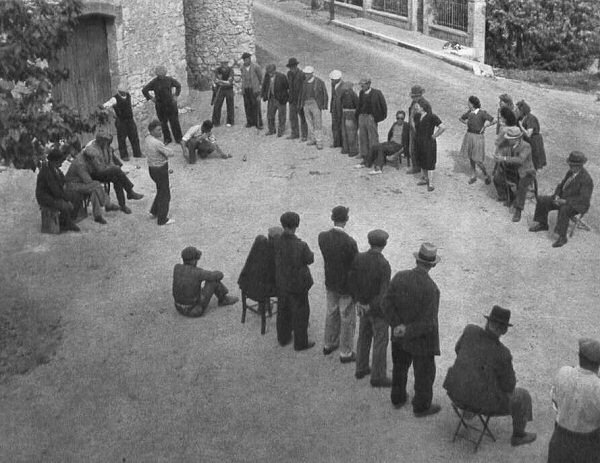