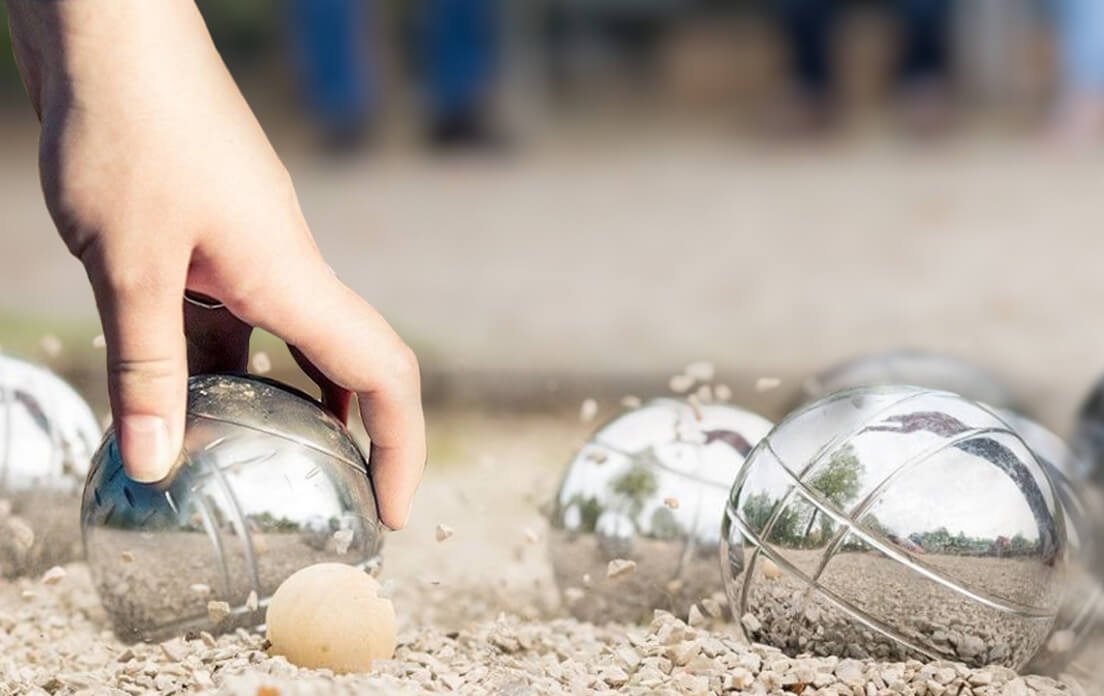 To have the point: To have one or more boules placed closer to the jack than those of the opponent(s).

Holding: The phrase “We’re holding” or “They’re holding” is another way of expressing the above situation regarding having the point.

Pointing: To throw one’s boule with the intent of stopping near the jack (also known as placing).

Shooting: To throw one’s boule at one of the opponent’s boules to knock it out of play. This is often done when the opponent has pointed his/her boule very close to the jack.

Lob: To throw one’s boule in a high arc so that when it lands it only rolls minimally.

Carreau: A special feat in which the shooter knocks the opponent’s boule out while leaving his boule at or very near the point of impact (pronounced car-o).

To fanny: (mettre fanny in French) To beat one’s opponents 13 to 0. The figure of a bare-bottomed lass named Fanny is ubiquitous in Provence wherever pétanque is played. It is traditional that when a player loses 13 to 0 it is said that “il est fanny” (he’s fanny) or “il a fait fanny” (he made fanny), and that he has to kiss the bottom of a girl called Fanny. Since there is rarely an obliging Fanny’s behind handy, there is usually a substitute picture, woodcarving or pottery so that Fanny’s bottom is available. More often, the team which made “fanny” has to offer a beverage to the winning team (see the French popular expression “Fanny paie à boire !”).

To do the bec: (faire le bec, meaning “to give a light kiss”) Targeting one of your boules already in play and knocking it toward the jack.

Game on the ground: A situation in which one team has finished throwing all of its boules and “has the point”. When “the game is on the ground” for a team, that team will win the game unless their opponents, who still have boules to throw, are able to change the situation. 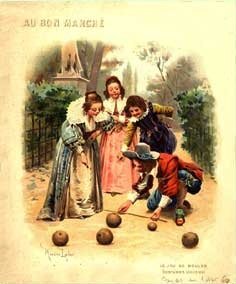