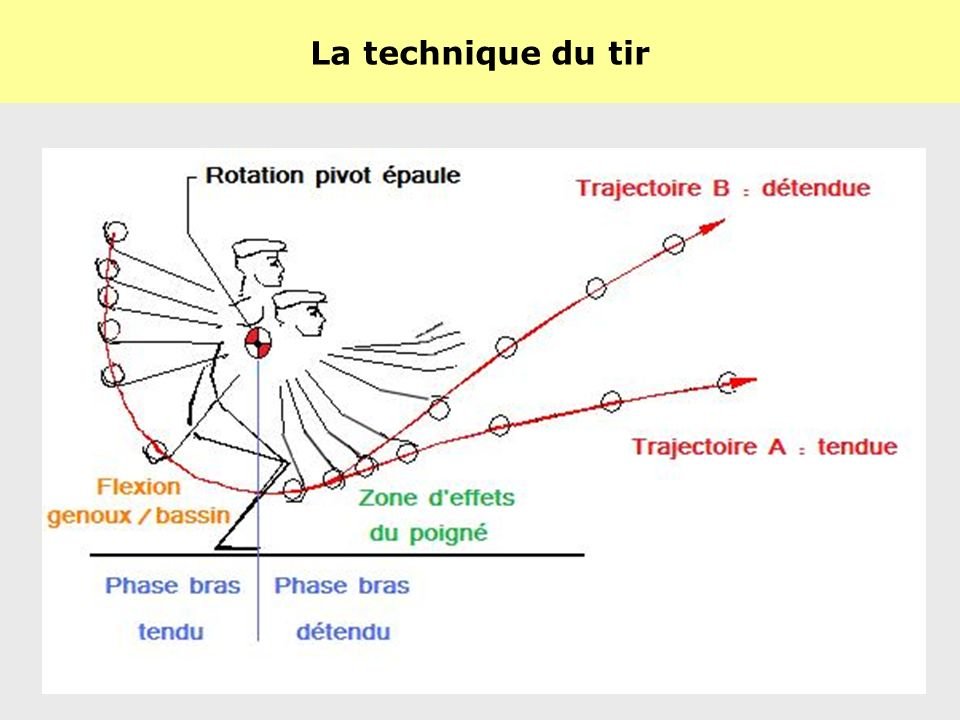 A successful pétanque team has players who are skilled at shooting as well as players who only point. For obvious reasons, the pointer or pointers play first – the shooter or shooters are held in reserve in case the opponents place well. In placing, a boule in front of the jack has much higher value than one at the same distance behind the jack, because intentional or accidental pushing of a front boule generally improves its position. At every play after the very first boule has been placed, the team whose turn it is must decide whether to point or shoot. Factors that count in that decision include: How close to the jack the opponents’ best boule is, The state of the terrain (an expert pointer can practically guarantee to place within about 15 cm if the terrain is well tended, not so if it’s rocky or uneven), and How many boules each team has yet to play.A team captain, in an idealized game, requires his pointer to place a boule reasonably close in approach to the jack (paradoxically, in competition, the first pointer sometimes aims not to get so close to the jack that the opponents will inevitably shoot their boule immediately). They then visualize an imaginary circle with the jack as its centre and the jack-boule distance as radius and defend that circle by any legitimate means.

To have the point: To have one or more boules placed closer to the jack than those of the opponent(s).

Holding: The phrase “We’re holding” or “They’re holding” is another way of expressing the above situation regarding having the point.

Pointing: To throw one’s boule with the intent of stopping near the jack (also known as placing).

Shooting: To throw one’s boule at one of the opponent’s boules to knock it out of play. This is often done when the opponent has pointed his/her boule very close to the jack.

Lob: To throw one’s boule in a high arc so that when it lands it only rolls minimally.

Carreau: A special feat in which the shooter knocks the opponent’s boule out while leaving his boule at or very near the point of impact (pronounced car-o).

To fanny: (mettre fanny in French) To beat one’s opponents 13 to 0. The figure of a bare-bottomed lass named Fanny is ubiquitous in Provence wherever pétanque is played. It is traditional that when a player loses 13 to 0 it is said that “il est fanny” (he’s fanny) or “il a fait fanny” (he made fanny), and that he has to kiss the bottom of a girl called Fanny. Since there is rarely an obliging Fanny’s behind handy, there is usually a substitute picture, woodcarving or pottery so that Fanny’s bottom is available. More often, the team which made “fanny” has to offer a beverage to the winning team (see the French popular expression “Fanny paie à boire !”).

To do the bec: (faire le bec, meaning “to give a light kiss”) Targeting one of your boules already in play and knocking it toward the jack.

Game on the ground: A situation in which one team has finished throwing all of its boules and “has the point”. When “the game is on the ground” for a team, that team will win the game unless their opponents, who still have boules to throw, are able to change the situation. 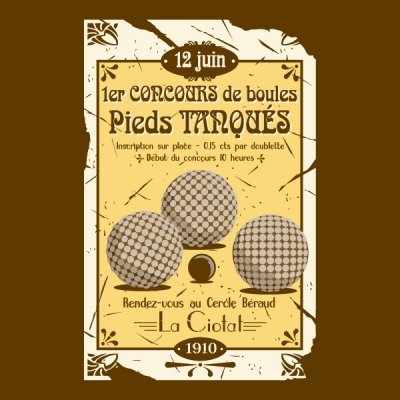 In French ‘tirer’ has two meanings: to pull and to shoot. Why to shoot? It comes from to pull the trigger of a rifle. And that’s shooting!In Dutch ‘to pull’ is ‘trekken’. And ‘to shoot’ is ‘schieten’. But the Flemish petanque players follow the French meaning of ‘tirer’ and they say ‘trekken’ if they want to shoot a boule. In The Netherlands we don’t say that, we say always ‘schieten’. Or, sometimes, a Dutch kind of corruption of the French ‘tirer’: ‘tireren’.